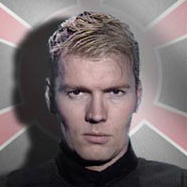 Description: Average height and build, a little rugged, but with a somewhat haunted look, caused by too many years of civil war.

Biography: Nick Fel was born on 9:7:22 to Anjai and Petr Fel on Alderaan, and never wanted anything more in life than to fly. His family owned a small ship lot over Alderaan, and he would often help his father there as a child, and soon learned to pilot practically any ship in existence.

Shortly after his 17th birthday, once considered an adult on Alderaan, he joined the Imperial Academy against his parents wishes and eventually became one of the most talented Imperial starfighter pilots, perhaps bested only by Baron Soontir Fel and Darth Vader himself. But when the Death Star destroyed Alderaan, Nick's life was shattered. His family and everyone he'd know was killed by the very same Empire he was sworn to serve and protect.

With his wingman Mike Burn, he defected to the Rebel Alliance soon afterwards where they participated in the battles at Hoth, Endor and Bakura before being given command of the newly formed Shadow Squadron, which Nick would lead for the rest of his career as a starfighter pilot.

Six years after Endor, following the fall of Thrawn and the rise of the Cloned Emperor, Nick Fel first encountered the Goa'uld in Wild Space, attacking a New Republic Research Station. One year later, he was given command of a task force defending the planet of Earth from the Goa'uld, but what should have been a short-term border patrol mission soon grew beyond all expectation after the discovery of a rogue Imperial fleet allied with the System Lord Sobek.

Some six years later, Rogue Squadron has faced almost endless conflict with a variety of threats to the New Republic and threats from within. Although growing increasingly weary and disillusioned, Nick keeps fighting for one reason: on Farpoint, he's finally found a home and family to replace those he'd lost. 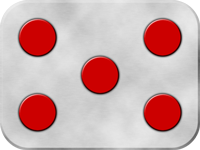