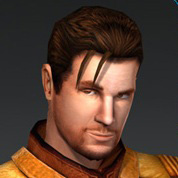 Biography: Born Anton Moore on Ralltiir, Viper's father owned a small shipping concern that was nationalized by the Empire. His parents were arrested and executed for treason when they resisted the takeover of their business.

Moore was in his late teens at the time and, having grown up piloting ships of various sizes, joined the Rebellion where his ground skills overshadowed his piloting skills. He was assigned to an Alliance covert action group and eventually given command of one of the group's capital ship assets.

Moore's first encountered Nick Fel and Mike Burn was when they defected from the Empire. Viper was in command of the Frigate Free Spirit when an imperial group ambushed them during a resupply operation.

Shuffled around from command to command, he participated in the combat over Endor as a tactical adjunctant onboard Home One. Six years after Endor, he was given command of the small taskforce that was sent to investigate a distress signal from New Republic Research Station M345, bordering Wild Space.

After a successful encounter with the Gou'ald, he was transferred to Rogue Squadron under command of General Fel, whom had commanded the starfighter squadron at the battle for Station M345, now called Nearpoint. 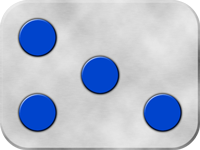