Description: Burn is a reddish-blonde haired man in his mid-to-late twenties, bordering on 6 foot.

Biography: As an Imperial pilot, Mike was the wingman of Nick Fel and one of his best friends in the navy since they met following Mike's graduation from the Academy. It was him that brought Fel the news that his homeworld of Alderaan had been destroyed.

Some time later, when Fel defected mid-mission, Burn followed him, claiming that he was going to bring him back - however, he too defected, having realised the horrors the Empire inflicted on the Galaxy on a daily basis.

He continued to fly with Fel for the rebellion, taking part in the battles at Hoth and Endor before helping found Shadow Squadron. At some point before the Thrawn Crisis, he transferred to Fleet Command and ended up in command of Hunter, as part of the task force sent to drive off the first Goa'uld encounter. He was later requested by Fel to be the commander of his new unit's Mon Calamari Cruiser.

He later transferred to Intelligence, and became Director of Rogue Squadron's new intelligence division. Several years later, during the Trial of Jol Allson Burn's wife Amaya, captain of the unit's flag ship Ashleigh, was attacked by pirates, resulting in severe memory loss. This destroyed their marriage, and she left the military, trying to find her past. At present Mike has thrown himself into his work with The Operatives, a specialist unit created to handle dangerous infiltration missions, as well as continuing to operate as part of Command's Special Operations Unit. 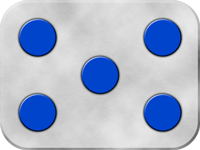