Director of Research, Development and Medicine

Description: Tallish. Usually seen with the faintly pre-occupied look of the researcher.

Biography: Born and raised in the Great Basin region of the western United States, Ilexa Thorn has worked everywhere from INEEL to Groom Lake on various R&D projects. When the SGC exploratory teams began to return with alien artifacts and weapons, Thorn was assigned to catalog and research the new technology, specifically Goa'uld paraphernalia. She participated in various missions with different SG-teams, mostly SG-2.

Thorn was offered an R&D position with a new task force that was setting up a permanent base on a planet code-named "Farpoint." In this post Thorn has studied a variety of technologies, though her interests have drawn her to actively search for any information concerning a race called 'the Ancients.'

She recently acquired her own ship, a second-hand skipray blastboat she christened The Reason. If she couldn't use reason to get out of a fight, she reasoned, she could always use Reason. 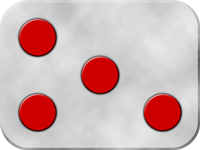