Biography: Kre'nyo served onboard Hunter since he was a freshly commissioned Ensign, working his way up to third-in-command shortly before it was assigned to Rogue Squadron and subsequently become David Sinclair's second-in-command.

His many years of service eventually caught the eye of fleet command, who offered him a ship of his own in the core. However, he was persuaded to remain in the Unknown Regions and take command of Outlander. 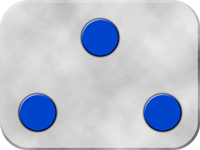